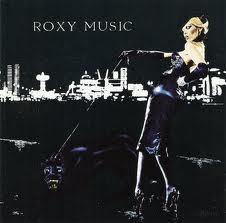 Surrounded by a U.S. Air Force base in a small village of Suffolk Brian Eno grew up listening to American radio consisting of the “Martian Music” of doo-wops, gospel, and early rock & roll music. As a teenager his passion was more so with tape recorders captivated by their knobs and buttons. Spending hours recording random noises Eno would play the tapes at different speeds and backwards fascinated with the recorder possibilities.

In 1965 as an art student Eno was introduced to the work of contemporary composers John Tilbury, minimalist John Cage, LaMonte Young, and Terry Riley. While thinking about the direction of what career path he was going towards (fine art or popular art); Eno soon found out with the help of the Velvet underground that he could do both.

Brian soon joined the avant-grade performing art troupe Merchant Taylor’s Simultaneous Cabinet in the late 1960s. Inspired by the way rock was expanding Eno joined the Maxwell Demon as a vocalist in 1969. Soon after the short time with Maxwell Demon Eno found himself with a glam band named Roxy Music. Fascinated by Roxy’s technology vision Eno then sign on as their live sound mixer and soon on stage as the bands synthesizer  player. Because of Eno’s long-flowing blond hair, garish makeup, velvet corsets, and feathery boas, his appearance in Roxy Music ended after the 1972’s self-titled debut and 1973’s For Your Pleasure album. This was due to Eno’s stealing the spotlight from singer Bryan Ferry.

The next two paragraphs I will be comparing the two tracks.

FRIPP and ENO (No PussyFooting) “The Heavenly Music Corporation”

This song is so out of the ordinary that it makes me feel like I am in a place of Alice and Wonderland searching for a way out. I hear sounds of a synthesizer that are being looped then having higher pitch synths lay on top followed by a guitar. The guitar is like a lead singer singing the lyrics throughout the song while the other synths are acting as the beat and melody of the song. It sounds like there is a delay loop on the guitar as well.

Music For Films: “From The Sam Hill”

This is a little different from the 1973 FRIPP and ENO album because it has more of a smooth ambient sound. This makes me feel like I’m on top of a hill with a slight breeze blowing through my fingers. I hear similar instruments like the guitar and some synths playing in the background. This album was for imaginary films; therefore in a sense “From The Same Hill” has a light and visionary fantasy arrangement that comes across in my mind.

Due to his 1975 car accident Eno was left in bed listening to his 18th century harp music. Unable to move to turn up his stereo to hear above the din of fallen rain Eno shortly discovered a new musical language; ambient music. Diving completely in ambient sound Eno crated a ten volume series of experimental instrumentals called Discreet Music.

Even when Eno collaborated with Robert Fripp on No PussyFooting Eno created a new technique called the “Frippertronics.” Eno found out that he had similarities with Fripp, therefore the album was revolutionary in a sense that it was only two people making one combined sound. With the help of this album Eno got an idea that the studio, not only a place of re-production but of a place of re-creating it from scratch. As an innovator, producer, artist, and pioneer Brain Eno is the reason why people are innovators. Quoted by U2:

“We didn’t go to art school we went to Brian.”

Brian Eno’s work has a number of things that pops up at me as a listener. The way he played the synthesizer was amazing its like the synthesizer was his brush and the audience was his canvas. Brian Eno has really opened my mind as a professional to perform music and look at life in its scientific form thinking outside of the world in Eno’s aspect. For that very same reason this is why Brian Eno is so unique, innovative, and artistic with the way he paints music.